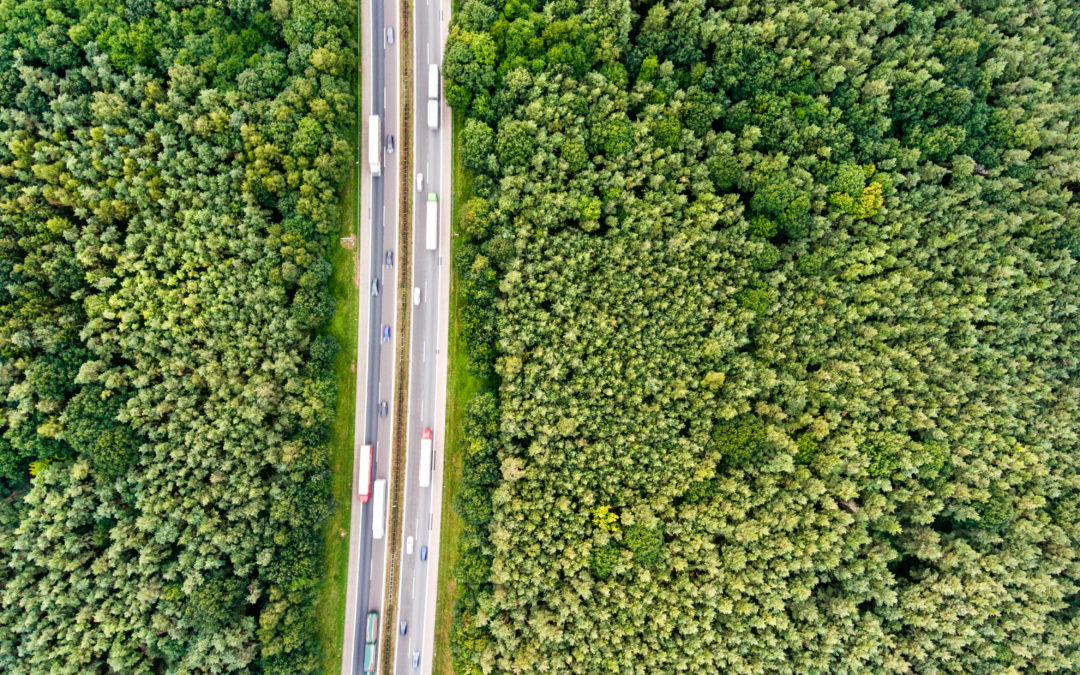 Like any cleantech innovation worth its salt, the concept of BlueSeal came about as the answer to a simple problem that needed an efficient solution. Back in 2005, Hans Opdam led a team of physicists developing a concept for a new refrigerated truck that used an alternative energy source than diesel to operate as a zero-emission solution to transporting cold goods. However, the team identified that while this in itself is solvable, preserving temperature in the cargo area during and after door openings makes it exponentially more difficult due to the volume of energy lost through external heat transfer. You can read more about this on our blog “The Origin of BlueSeal air curtains”. In summary though, it is critical when using alternative energy supply methods to make every morsel of precious energy count so it can go the distance.

This need to preserve energy has never been so relevant as it is today, when fuel prices are rising at extraordinary rates and this saving can be the difference between a transport company rising their prices to maintain operating costs and being able to offer the same service at a rate amenable to the customer. The products of effective cleantech for refrigerated transport are no longer the stuff of environmental idealism, but a means to strive towards an efficient and affordable supply chain against an increasingly overwhelming dependence on fossil fuels.

As a company, our mission has always been to support and coexist with a zero-emission transport industry by solving the problem of energy loss at its most crucial stage. In recent years we have seen BlueSeal adopted around the world on electrical vehicles (EV) and hydrogen vehicles to their benefit and we believe that this evolution of the transport industry will be the biggest leap forward since the invention of the combustable engine.

At a very base level, effective cold chain maintenance is obvious to anyone that has left a fridge door open overnight and had their next meal ruined. Many operators transporting refrigerated goods such as frozen food and pharmaceuticals make multiple stops during their delivery routes (especially in urban environments) during which time the doors are open, cold air is flowing out, ambient air is infiltrating and refrigeration units are unable to recover cargo temperature after door opening. We explore this subject in detail in our blog “Is your refrigerated vehicle losing you money without a climate barrier?” where we deduced that cooling energy use can increase by 3 to 5.5 fold during a standard distribution route (compared to an AB transit route). This is something we have subjected to rigorous customer tests as well as an independent project by Brunel University and the Centre for Sustainable Energy Use in Food Chains who concluded from simulations that BlueSeal saved ca. 45% of energy in their 18 tonne truck model. It is also a fact that once the doors are opened for a period of time, it will take a significant amount of time (and energy) for the cargo area to return to it’s set temperature. And actually, in distribution, the time between stops is often too short for the refrigeration unit to bring back the temperature to its set value.

In this regard, BlueSeal’s purpose is twofold –ensuring that temperature-sensitive goods such as pharmaceuticals are not compromised and providing an environmentally friendly solution to one of the key issues often overlooked during the supply chain – the unnecessary waste of energy used by refrigeration. But there is also the very practical issue of the drivers themselves and the reason why BlueSeal is the favourable choice over more dated methods of climate control such as PVC curtains. It is common knowledge in the sector that during deliveries, drivers will move physical curtains to one side in order to move goods in and out of the vehicle, which renders them obsolete during the most critical stage of the cold chain. As BlueSeal emits a continuous flow of air, this is no obstruction to the driver and will continue to maintain the cargo temperature during the delivery itself.

Nowadays, cleantech for zero-emission transport is becoming an essential part of an industry faced with a very real need to adapt and evolve as fuel prices rapidly increase and operators have more need than ever to preserve energy. At this point in history, it is more crucial than ever for day-to-day operations in urban environments as more cities introduce Ultra Low Emission Zones and penalties on diesel use, making this not just an added benefit, but an essential piece of kit.

When asked what the main concern drivers have when adopting EV (electrical vehicles) the answer is almost always range anxiety and this problem becomes exacerbated with the added need to keep a second engine running for refrigeration. With the future of the supply chain under pressure to perform for longer distances with zero emissions for less money we must ask how you can afford not to save energy where it is needed most?