Creating the most effective climate barrier: how higher air speeds are counterproductive for air curtains

Brightec was founded by physicists in 2006 and is the product of extensive research and development to create an airflow system that would operate at optimal efficiency. Since launching BlueSeal in 2010 we have welcomed various tests from independent sources that have confirmed the effectiveness of our air curtain.

So why would a stronger air flow not result in a more effective barrier?

1. A high-speed air stream draws in more surrounding air, this causes a greater turbulence that mixes air from inside and outside the cargo space and cold is lost as a byproduct. The result of this is a forced convection with a high rate of heat transfer into the cargo space.

2. When a high-speed air stream hits the floor, this will split into two directions – towards the cargo space itself and outside the trailer. As a result warm (and humid) air is introduced into the cargo space – see figure 1. An effective air curtain should strike a balance and ensure that warm air is kept out of the cargo space.

At high air speeds the drop in performance has been demonstrated experimentally, for example in our Brightec tests and in tests performed by Brunel University in London. The air air speed has an optimum rate, above which the operation of the air curtain became significantly less. This optimum rate is deduced by, among other factors, the temperature difference between the cargo space and the ambient temperature.

In conclusion, air speeds that are too high will result in a less effective method of climate control that is counterproductive to how air curtains work. If you are unsure about the most effective method of climate control for your vehicle, get in touch with us and we will advise you on the best conditions to keep your goods preserved for your vehicle. 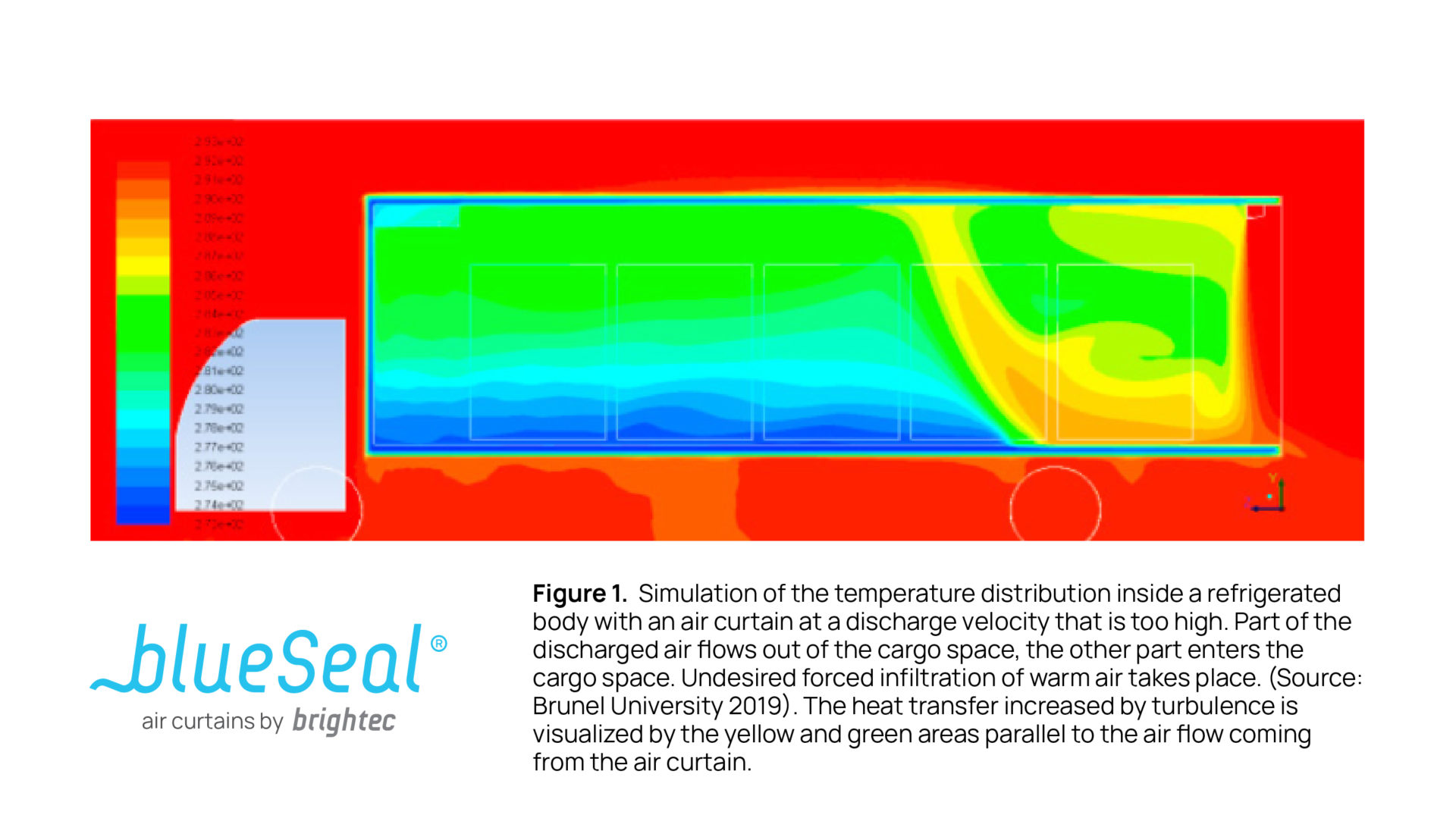 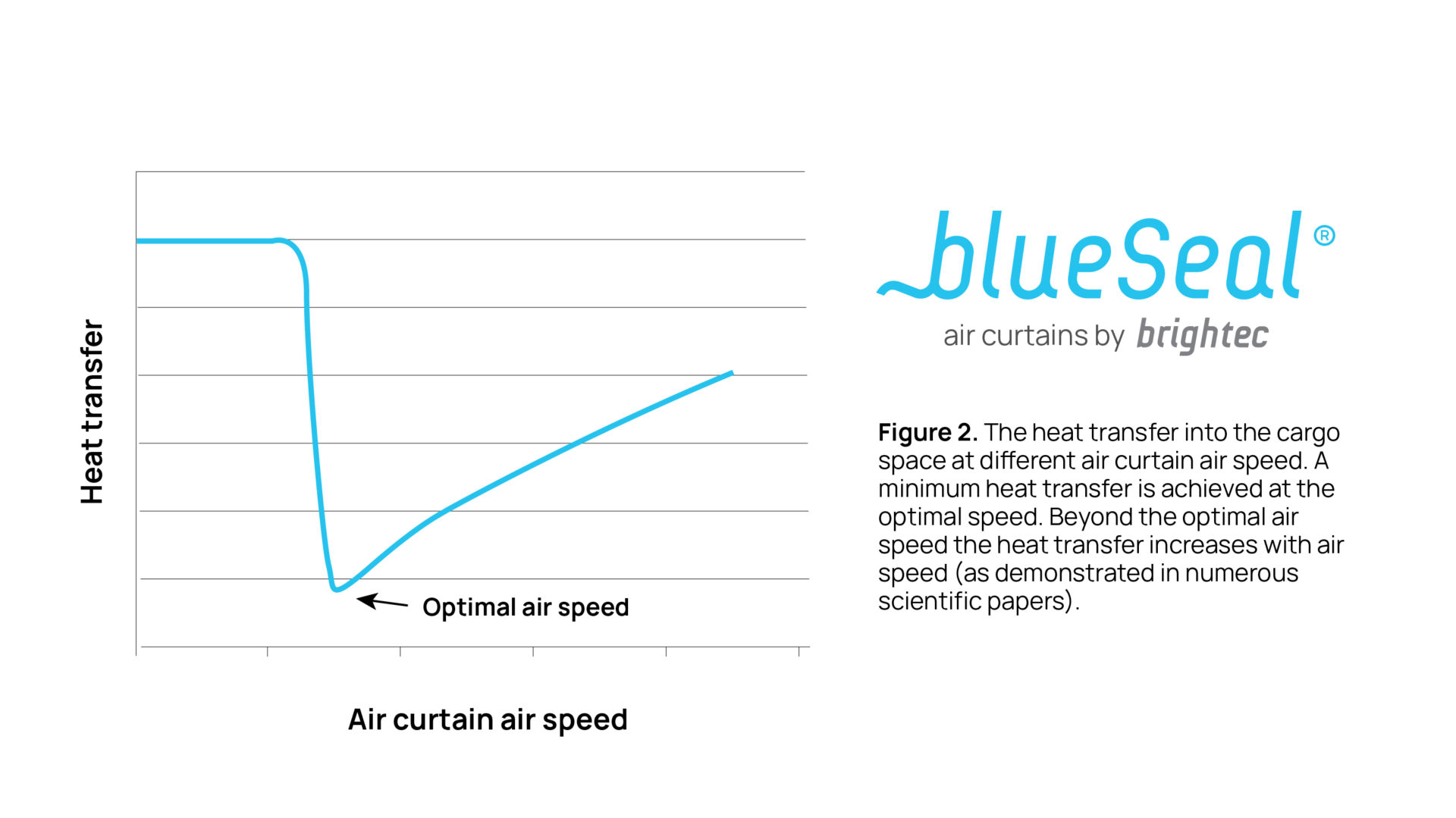